Another week of summer.

Hello and welcome to another Sunday in Inso's World.

This week has been a rather lack-lustre one because my sleep patterns have been shot so I haven't managed to do a lot of what I wanted to.

The weather has been up and down so I have had to tailor what I did, to fit in with the weather as well.

During this week, I have had issues with debit cards (could have been embarrassing if I didn't have alternative ways to pay) and also the tourists have arrived in vast numbers so crowds of people and clogged roads are now a major part of life in Cornwall.

Yesterday, I was up at 3am and at 4am, I drove my missus up to visit with family six hours away. we had a great time and I drove back later in the day so it was a long, tiring day. Thankfully, I had Red Bull to keep me on my toes.

In the hobby news, I have finished the Engineseer unit: 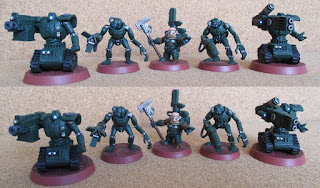 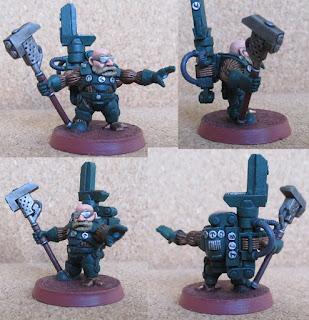 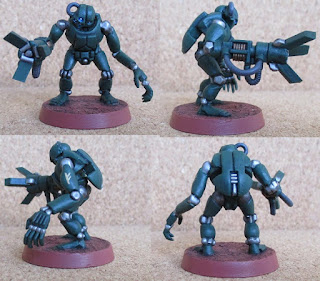 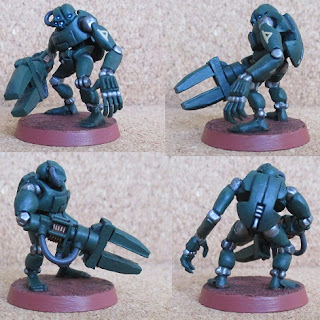 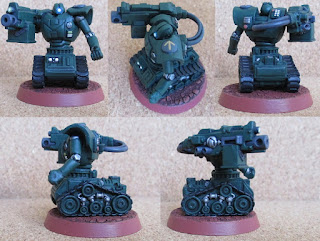 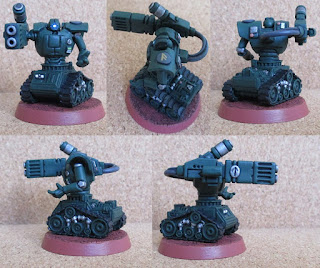 I haven't edge-highlighted them because I am tired and it would have taken ages (I have so many miniatures to paint!) so I have just base-coated, washed and re base-coated them... with highlights applied to very limited areas (like the Guilds-man's face).

From the top we have Jecub 'sure-grip' Mikkelson, Freya, Thor, Tyr and Loki. They are an Engineer Guilds-man with four helper robots but they count as a Techpriest Engineseer with four servitors. As was mentioned in the last post, they will be travelling in the Chimera and will be part of the Spearhead Detachment.

With this unit complete, I decided to dig something else out so what better than a nice simple unit of Halfling Snipers. Rather than go green, I decided to tie them into their bases a bit better and go for a mix of browns. It's very early days yet... but here is the unit so far (first they were primed and then base-coating was started): 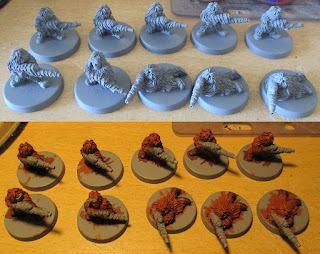 Obviously, there is a long way to go but every journey starts with a first step.

That's it for this week. In the coming week, I will be collecting a fourth Toon Tank from the post office (so I will have a platoon's worth of Chimeras to work on) but will be working on the Halflings (this unit is attached to the first platoon so once they are done, I'll crack on with the Chimeras for the platoon as well)..

In other news, I have a couple of meetings with Marie Curie this week so I will be getting my teeth in to what is required of me as part of the committee. I have my wife with me for a couple of days because she has holiday so we will be going out and about. I also need to get a few bits of admin sorted... assuming that I get some sleep at some point!

Thank you for sharing this valuable knowledge; it will be of great benefit to myself and many others. This is something I can share with my friends.
តើឡូកឡាក់ Onlineជាអ្វី