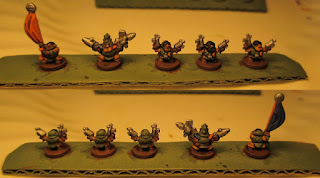 This week has been much of a continuation of last week... working and being tired due to lack of sleep.

My wife has had a week off work and I was lucky enough to pick up a training course on the one day I had off... so we couldn't really get much done. Fortunately, we managed to go out for an evening at a local historic garden with Marie Curie. It was a good evening which consisted of a walk around the private areas of the garden followed by tea, cakes and a bit of a meet and greet with other Marie Curie fundraisers and committee members.

Last Saturday, we popped over to see kittens at a friend's house and we are pleased to say that we are going to be bringing one home in a few weeks. His name is Alfie and here he is at the moment: 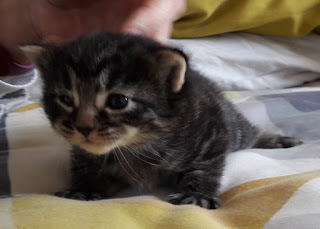 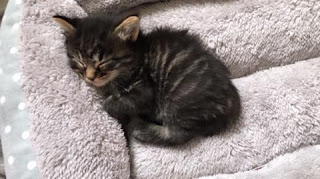 He's only four weeks old so it will be a few weeks before he comes home with us... but he is a little cutie.

In other news, I got a pay rise... which is nice. I'm still really enjoying the work so I am hoping it can continue.

Apart from that, I have been doing a small amount of hobby stuff... and have focused entirely on my tiny little Epic troops. This is where I am at... 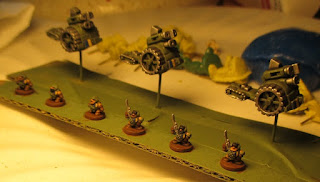 So far, I have finished five Exo commanders, a ten man command unit, three Thudd-Guns and six crew. I have also finished a further three Thudd-Guns but haven't finished the crew for them yet. Obviously, I need to base them but I will be dealing with that when I have an idea of how I am going to do it... but progress is progress and I am happy to be getting the tiny folk painted up so quickly.

That's about it for today.

It's been a fairly interesting couple of weeks, since I last posted, but mostly unrelated to hobby things.

I have donated blood, worked a lot, got poorly, had a week off (holiday at home), travelled around Cornwall on my motorbike, got depressed and was very glad to be out of my own company and back at work again. I also counted charity money, did the annual accounts (for our committee) and even had a time where I sat and watched TV.

My wife and I managed to see Captain Marvel at the local cinema and enjoyed it. I thought it was a bit 'impersonal' and I felt that I couldn't connect with the main character very well. Hopefully, that will change in the upcoming Avengers 'Endgame' film.

Hobby wise, I have started things but not got very far with them. I managed to finish the two Big Squats though... 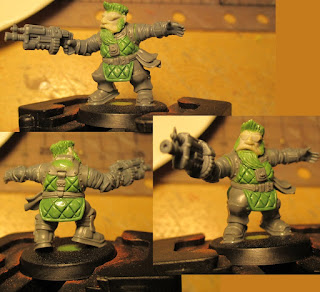 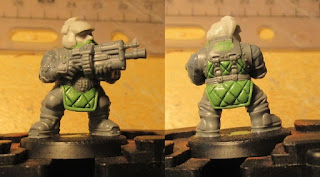 They have now been primed and are ready to be painted along with the other three that need paint. In addition to the two above, I have started three more. They are equipped with close combat weapons and las-pistols and just need the quilting and heads to be sculpted. I am planning on making these look a bit more berserk (close combat orientated) with Mohawks and bright hair colour... but they stalled and I started the next partial thing...

... Hearthguard leg casts. I have cast up seven sets of legs (two spares) and have allowed them time to dry but I haven't cleaned and prepared them for fitting to the torsos yet. Why? Well, I got distracted again with...

... Squat super heroes that could be used to proxy Primarchs, Tanks or large creatures. That was the idea... and with that in mind, I started to sculpt a super Squat... but stalled... and he is now stood on the cork, glaring at me and trying to guilt me into finishing him... so I then got distracted and decided it was high time I did this:

This week, I decided to put a rubbish bid on a complete set of Epic Squat Warriors... and I won! Yep... I'm now the proud owner of five mint sprues of Squat Warriors and have begun the task of deciding what to do with them.

As it happens, I have decided to just build an army and not base it on anything Epic because I don't game. They will be organised and based how I feel, rather than in line with any rules and that means two things... 1) I can design things how I want them to look 2) I can add what I want, from any other ranges that I like.

With five sprues in hand, I set about arranging an army and this is what I have come up with: 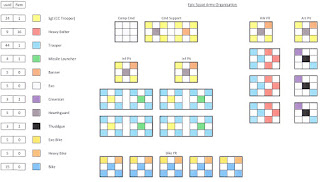 There are spare bits and bobs (I haven't even included the mole mortars because they look dire) but I am happy with what I have come up with. Once I have painted and based this lot, I will be purchasing some transport for them. I am hoping to get some nice APC miniatures from a relatively local source (Plymouth) but I'm not going to talk about them too much, for fear of getting distracted again.

That's it for the hobby this time around. I have no idea what this coming week will bring but I expect it will be fairly lack-lustre, if my current fickleheadedness has anything to do with it.