Hello again. Welcome to Inso's World on the first day of 2017... so without further ado, I'd like to wish you all a happy new year.

So...2016 has definitely been a year of extremes, hasn't it? Brexit, Trump, terrorist attacks, war in Syria, earthquakes and other natural disasters, Olympic drug cheating and of course a long list of celebrities who passed away have all played a part in adding a dark shadow to the year. In fact, it is difficult to remember anything that wasn't gloomy in the world, during the year.

I can safely say that I drunk my way through New Year's Eve and am still suffering this evening but I felt that it was only right and proper to welcome in the new year and put 2016 in the bin.

From a personal perspective, the year has been one of change. Both our children have now left home, I have now left the RAF (I am on terminal leave at the moment with my actual leaving date being mid January), me and my wife have bought a house together and we have moved from Oxford area down to sunny Cornwall. I bought a cat called Sam (or sometimes Floof because he is so fluffy) who has grown massively in the seven and a half months he has been with us: 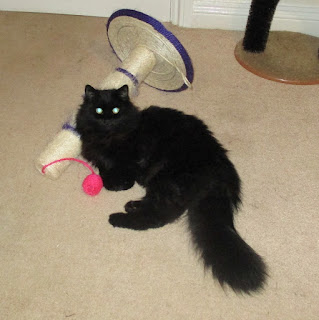 We definitely have some hurdles to overcome... getting jobs is top of the list there... but we have started on another great adventure together.

During 2016, my hobby time has mostly been dedicated to my Squat army project and that is set to continue into this new year because I have not been unable to unpack very much of my hobby stuff at the moment; due to lack of storage space and the only stuff I have handy is my Squat army. However, the work continues and I am looking to start getting some of my work cast up to see whether there is any mileage in selling some of it... and with that in mind, I am in the process of getting these legs cast up so that I can have a little squad of new-style Exo armour and then offer any spares up for sale: 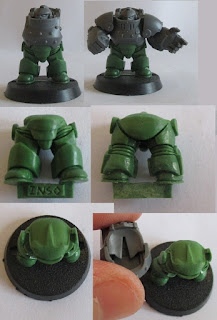 So 2017 is going to be interesting... hopefully it won't be too horrendous!

See you from the tightrope!

Fuss Sam for me!

And Sam gets ALL the fuss (because he is gorgeous).

Wow, that exo-armor! Very cool, you will have to do a ton of those.