I am mostly distracted!

Hello again. It's Sunday and time for a bit of a round up of this week's activities on the hobby front... so...

...Let's talk about Captain America and the Winter Soldier.

Over all, it was a great film with excellent tech, some great characters and expanded characterisation, spectacular special effects and some great bad guys. The film has a host of little plot twists and the action is fast paced. What really helped in this film was that we got 'under the skin' of some of the characters (Cap, Black Widow and Nick Fury) and it helped make them more human. The one thing that always bothers me about superhero films is that they have a mix of super and non-super characters that sometimes all take the same pounding and carry on fighting. I would suggest that if a normal person was struck in the face by a metal arm that was attached to a super-soldier, they would be hospitalised straight away... apparently, this is not always the case.

Did I like the film? Yep, I loved it. It was also better than the first one and the addition of The Falcon was a fantastic idea (he is a great character).

Remember to stay after the credits because there is extra stuff that may well tie into the next Avengers film... who knows?

I made a terrible mistake this week. I did the 'random bid' thing on Ebay and as soon as I'd bid, I thought "Why did I do that?!" Well... I won the auction and this turned up in the post: 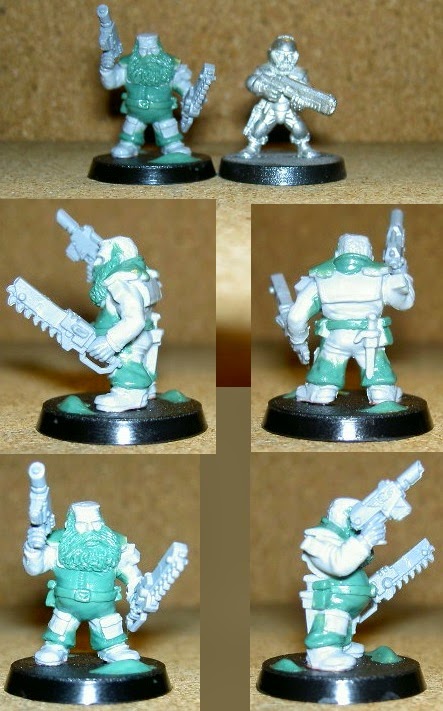 He's not perfect and the next one will be a bit better but it was just an itch that I thought I'd scratch. I'll convert the 5 remaining 'off the sprue' troopers and then make a decision as to whether I continue with the brand new ones. One thing I do need to sort out is what to arm the Squat troopers with. I am not keen on the lasguns in the box and have Catachan lasguns, Cadian lasguns and bolters that are available to use... but I am not sure which will be the best? I am probably either going to use bolters or a chopped down Cadian lasgun...Hmmm... 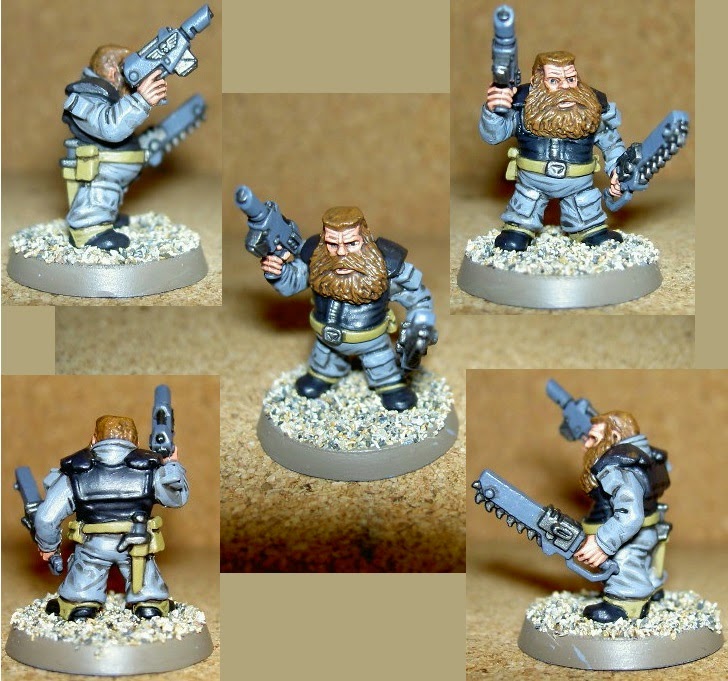 Just the base to paint. I thought I'd pay homage to his origins with his paint job.

This week, I should have been painting these: 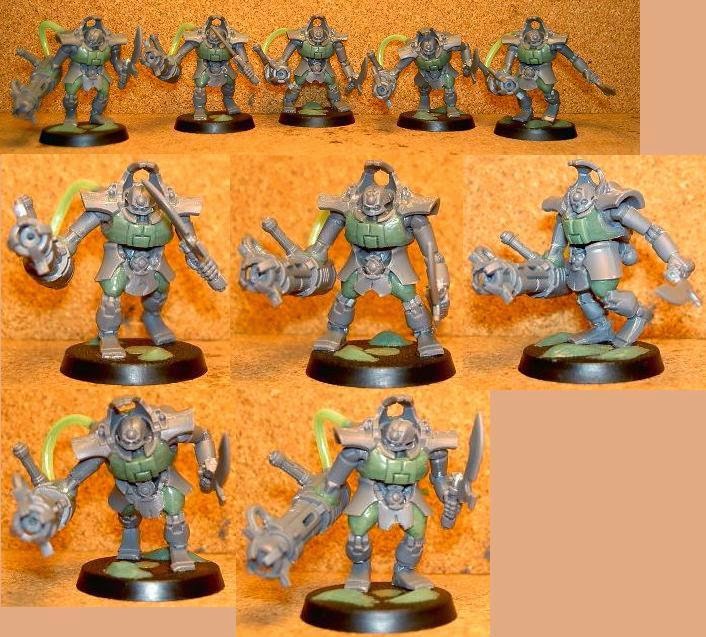 Well, I have been but they are not finished... due to other distractions. They are currently basecoated, awaiting a tidy up before being washed. I should have them finished this week but with so many distractions... who knows?

I have been sculpting again! My commissions have had some work so they are getting closer to being finished.

Now onto Kickstarters. I was part of the Deadzone Kickstarter last year and have still not received all of my wave one stuff, even though it is being sold in the Mantic store. As a result, I must admit that my patience ran out and I have written an email to Mantic for a swift resolution. I had hoped that the process of filling in the 'missing items' form would have sorted this out by now but it seems not to have... so let's see what happens now.

In other Kickstarter news, the Mechadrome Kickstarter is still ticking along but needs all of the support it can get so that I can get hold of my 28mm mechs! They have recently shown off the medium mech renders with all the weapon options and also a set of automated weapon platforms... well worth a look and a pledge.

My decals haven't arrived yet so I still haven't finished the Grymn Powered Armour. I am not worried though. Dom's Decals are top quality but I think they are printed to order so I expect to wait a little while.

Well... I think that is about it for today. I know it has been a bit random today but I hope you all found something of interest in amongst the ramblings! The trouble is that I've had too much sugar today so everything is a bit hectic...

Impulse buying is great when you don't have a bunch of projects to work on... I buy stuff like this and my plans go out opf the window!

...and to add to the problem, I have just bought another 3 Vulkans for no apparent reason as well!

I need to go to EBay addicts anonymous!

CA:WS was great fun. Possibly as good as Avengers(Assemble). So far Marvel haven't missed a trick.

I hope it inspires Kev to make (possibly female) versions of Winter Soldier and Falcon.

Falcon would make a great miniature :)